Women played a complex and important role in the antislavery movement. Women argued that, especially in light of the sexual abuse of enslaved women, their participation in the movement was a Christian duty and one fitting to a sex which many at the time defined by virtue and sensibility (Bogin and Yellin 5). They built on a long tradition of women’s benevolent societies—charity groups which addressed social and, occasionally, political issues (Robertson 3). While women’s involvement in abolition was initially restricted to the domestic sphere, over time, female activists became bolder and more controversial. Leaders like Maria W. Stewart, Lydia Maria Child, the Grimké sisters, and Lucretia Mott faced harsh censure for making “promiscuous” public speeches (Bogin and Yellin 3; Robertson 3). They formed their own antislavery societies which admitted women of all races and worked to raise money, publish abolitionist texts, and impact policy through petition-writing campaigns (Bogin and Yellin 2). 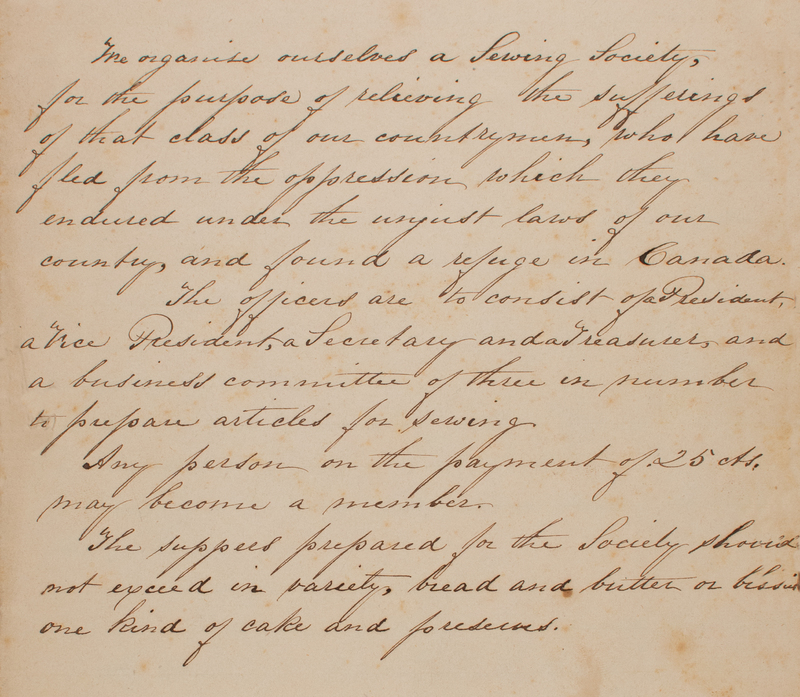 In 1852, a group of women in Philadelphia created a sewing society to “reliev[e] the sufferings [...] of our countrymen, who have [...] found a refuge in Canada.” Despite being an all-female society, the meeting locations are routinely referred to by the husband’s name, e.g. “At a meeting held at William Winslow’s.” After an adjournment of several months, the group decided to “donate the results of their labors to charitable purposes in general,” contrary to their original intention of sending the clothes to formerly enslaved people in Canada. The final meetings were dedicated to helping an orphanage, revealing ambiguity about the organization’s goals and motivations. 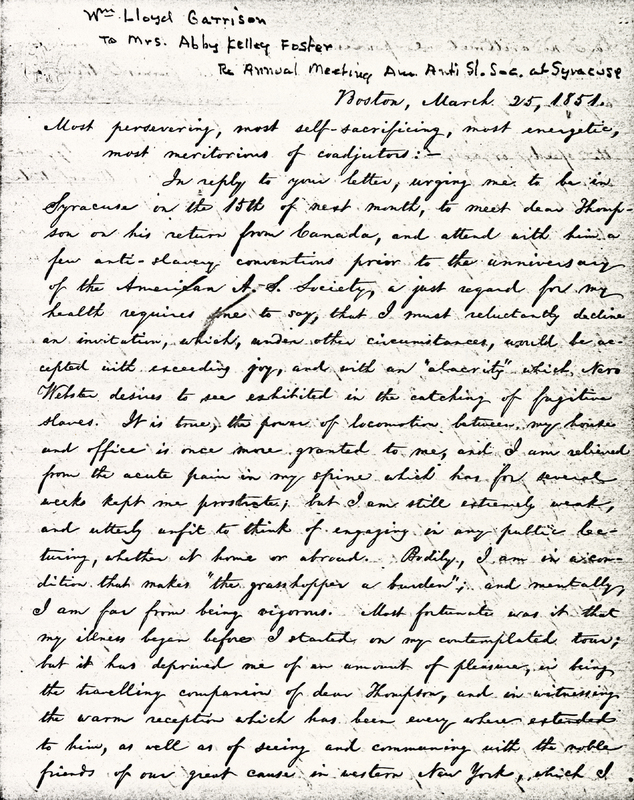 Abby Kelley Foster (1811-1887) was a Massachusetts Quaker who fought for abolition and women’s rights. The letters she received reveal much about Foster as a person and how much she was respected by other activists. Her correspondence with William Lloyd Garrison, founder of the abolitionist newspaper The Liberator, was particularly frequent. In one letter, Garrison supports Foster’s refusal to pay taxes in protest for women’s suffrage, which led the government to confiscate her property. In this letter, wherein he “reluctantly decline[s]” her “urging” invitation to a series of anti-slavery conventions, he addresses her as: “Most persevering, most self-sacrificing, most energetic, most meritorious of coadjutors.”