Opposition to slavery in the United States took many forms, including abolition societies. The first of these was the Pennsylvania Abolition Society, founded by Quakers in 1775 (King and Haveman 494). These early abolitionists sought a gradual approach to ending slavery, supporting laws which freed enslaved people after a certain age in certain northern states. Initially excluded from white societies, African Americans created their own organizations which helped fugitives from slavery and spread their unique message through protests, speeches, and writings (“Abolition” 39-40).

The founding of the American Antislavery Society (AASS) in 1832 marked a change in the movement. This group had both African American and white members and demanded immediate abolition. Their campaigns focused less on prominent legal cases and more on shifting the tide of public opinion by appealing to Americans everywhere (King and Haveman 495). One popular form of protest was the boycott of slave labor products. Many leaders of this free-produce movement were Quakers who supported this moral and personal form of activism. Free produce also appealed to women, who through boycotting were able to show their support for the movement from within the domestic sphere. It was also popular among African Americans struggling to define their place in the economy (Holcomb 4-6). 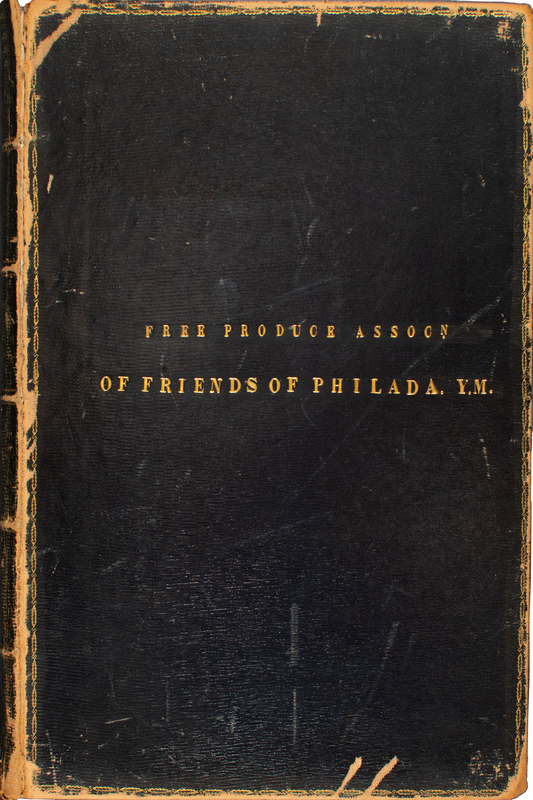 The Free Produce Association was a Quaker organization committed to forwarding abolition by boycotting slave-made goods. The Association used this book to keep notes on its affairs, including finances, meetings, and correspondence. It starts with the Association’s constitution which declares:

"We believe that slaveholding [...] is mainly supported by the traffic in and the consumption of the productions of slave labour.”

The Association’s purpose was to appeal to those in the general public who were sympathetic but passive regarding the plight of enslaved people. They argued that in buying enslaved-labor products, consumers perpetuate slavery by making it profitable.