Combatting Slavery: The Role of People of Color

People of color fought against slavery as soon as the transatlantic slave trade began. Their fight continued in the Americas, where they used various methods of resistance to undermine slavery and further the abolitionist movement (Diouf). Some enslaved people led rebellions that inspired resistance among the enslaved and increased public awareness of the harsh conditions of slavery. After gaining freedom many African Americans used their new status to work alongside white abolitionists. Although they faced many challenges, including racial bias and lack of access to education, they found ways to make their voices heard. One of the most renowned African American abolitionists, Frederick Douglass, taught himself how to read and write in secret while enslaved and later became the author of many anti-slavery articles and his own biography. Sojourner Truth moved her audiences with charismatic speeches despite racial and gender discrimination (Weeks).

African American abolitionists thus turned their experiences and disadvantages into assets and became key contributors in the efforts of emancipation. Their past experiences allowed them to work closely with the enslaved and their powerful voices proved the potential of African Americans and countered pro-slavery myths (Weeks). As the movement progressed, African American abolitionists demanded not only an end to slavery but racial equality and justice ("Abolition, Anti-Slavery Movements, and the Rise of the Sectional Controversy”). 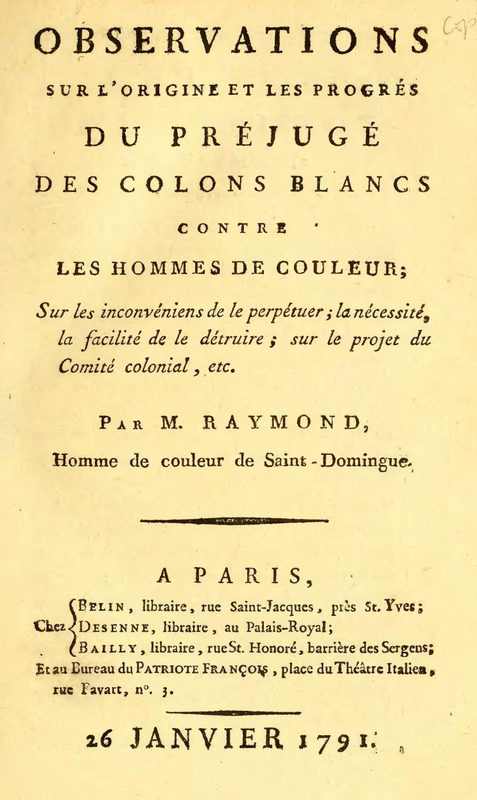 Observations of the Origin and Progress of the Prejudice of White Colonists was written by Julien Raymond, a Black man from the French colony of Saint-Domingue (now Haiti). Raymond outlines his belief that free men of color are entitled to the same rights as white colonists. He claims that the rise of prejudice in Saint-Domingue was “due entirely to the jealousy of white women and ordinances … that debased men of color.” His statements foreshadow the Haitian Revolution, a Black revolt against the hypocrisy of a society that kept slaves while proclaiming the French Revolutionary ideals of liberty, equality, and fraternity. 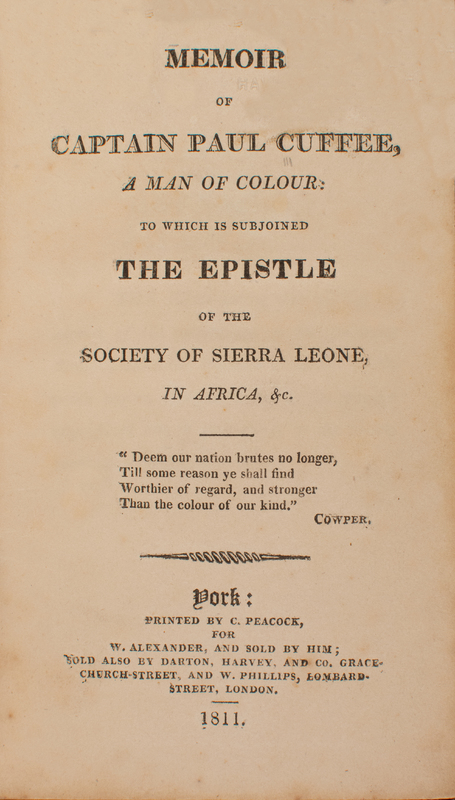 Memoir of Captain Paul Cuffee, A Man Of Colour
Printed by C.Peacock for William Alexander
London, 1811

Paul Cuffee (1759-1817) was a Quaker merchant and sea captain who built ships, traveled, and enabled formerly enslaved people to resettle in Sierra Leone. He was born in Massachusetts to enslaved parents with Ashanti and Wampanoag heritage. The Memoir and appended “Epistle of the Society of Sierra Leone in Africa,” signed by men of color, explain that fellow Christians in other countries should consider their stance on holding men in slavery. The addenda near the end of the book, describing “that spirit of philanthropy which has pervaded and actuated the hearts of Britons,” has pro-colonization connotations and emphasizes the perceived moral superiority and goodwill of the British, who have already abolished the slave trade.

← Abolition
Literature and Abolition →
Combatting Slavery: The Role of People of Color