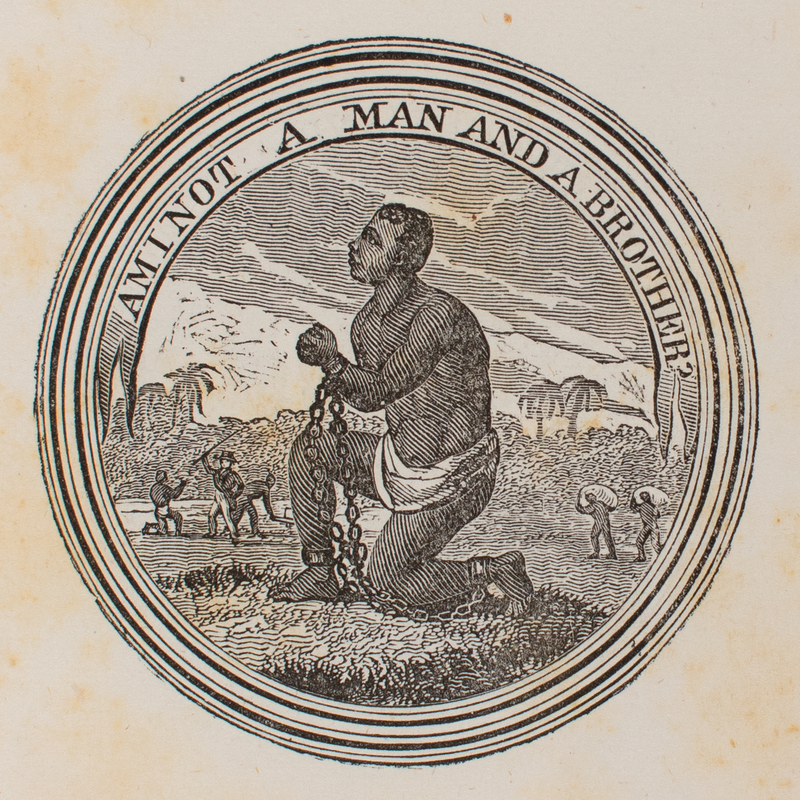 "Am I not a Man and a Brother?" Illustration from Poems, Written During the Progress of the Abolition Question...(1837) by John G. Whittier

“Abolition” can refer to either the ending of slavery or the ending of the slave trade. In both cases, abolition was not a single historical moment but long and varied processes that occurred at different times in various parts of the world.

The trading of enslaved people was officially outlawed within the British Empire in 1807  (Gilmore). Similarly, the United States Congress banned the importation of foreign enslaved people in 1808 (“A History of Slavery in the United States”). In 1833, Britain passed the Abolition of Slavery Act, outlawing the practice of slavery itself (Gilmore). The abolition of slavery in the United States began as early as 1777 but was not outlawed on a national level until 1865. In 1777, Vermont became the first territory to ban slavery in its constitution and in 1781, two enslaved individuals, one a woman, successfully sued for their freedom in Massachusetts, setting a precedent and effectively ending slavery there. By 1787, slavery was largely illegal or being phased out in the Northern states. President Lincoln signed the Emancipation Proclamation in 1863 and slavery was deemed unconstitutional with the ratification of the Thirteenth Amendment in 1865 (“A History of Slavery in the United States”).

← The Slave Trade
Combatting Slavery: The Role of People of Color →
Abolition