Recovering the Voices of People of Color

The vast majority of historical sources regarding slavery and abolition in existence today are written by white people. When the abolition movement gained traction at the beginning of the nineteenth century, there was a call for testimonies from people who had experienced the horrors of slavery firsthand (Andrews). It was difficult to access the voices of currently and formerly enslaved people because the law prevented enslaved people from receiving an education (“The Slave Experience”). Despite these challenges, some enslaved people, such as Phillis Wheatley and Frederick Douglass, learned how to read and write, and other enslaved people found alternative strategies to document their lives under the slave system (“Frederick Douglass”). An example of this is found in the exhibit: Elizabeth, although unable to write, utilized her agency to dictate her story to a literate person. This person adhered to her words as closely as they could, to maintain the story’s integrity (Old Elizabeth 1). Like Elizabeth’s memoir,  Phillis Wheatley’s collection of poems was framed by white editors.  With these limitations in mind, memoirs and written works allow us to understand the historical voices of people of color because they are the closest firsthand accounts we have of the lives that they lived under slavery. 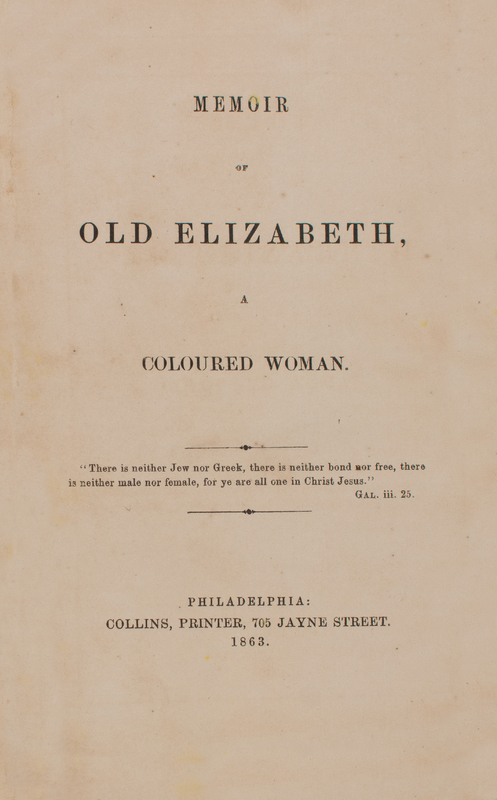 Elizabeth was born into a religious family but was separated from them when she was eleven years old. She was freed at the age of thirty because “[her enslaver] did not think it was right to hold slaves for life.” Elizabeth spent the rest of her life traveling and spreading religious ideals, which was sometimes difficult because she was unable to read the Bible. She published this memoir to spread her story and passions to a wider audience interested in the intersection of religion and abolition. Even though Elizabeth was illiterate, she understood the significance of the world of literacy and found a way to enter it. 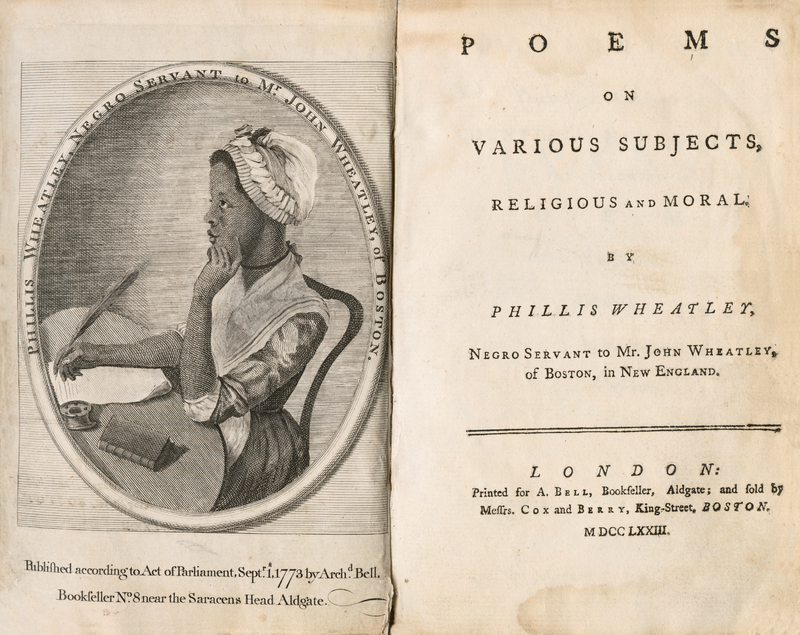 Phillis Wheatley was born in West Africa, enslaved at the age of eight, and purchased by the Wheatley family in Boston. She learned to read and write and showed a gift for poetry at an early age, writing her first poem at thirteen and preparing a full collection of poems by the time she was nineteen. While Boston printers doubted Wheatley’s authorship and were reluctant to print her poems, her collection was successfully published in London in 1773 and sold in Boston. This first edition of Wheatley’s Poems on Various Subjects includes poems that call for the abolition of slavery, arguing in particular that slavery contradicts American ideals of freedom and justice. 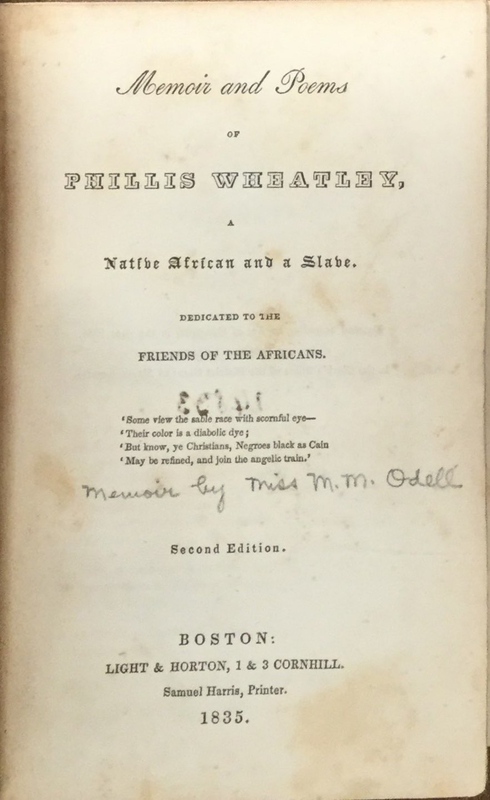 This collection of poetry by the formerly enslaved Phillis Wheatley displays beautiful and sophisticated language from a women who received no formal education. Many of Wheatley’s poems reflect Christian and Ancient Greek themes, invoking God, the Muses, Homer, and Achilles. Others, including “On being brought from Africa to America,” tell Wheatley’s own stories. Wheatley’s story is also told by others. A family member of her former enslaver wrote a brief biography that is included at the beginning of the collection. This biography presents various contradictions, noting, for example that “the stain of slavery has long been erased from…New England” but then describing Wheatley’s enslaver as a “respectable citizen” of Boston.