During the abolitionist movement, literature was a common vehicle for stirring up debate and social change. As Ezra Tawil notes, abolitionist literature depicted the deplorable experiences of enslaved people in order to “engage the sympathies and move the minds of a readership who could have no experiential reference point for such a condition” (Tawil 2-3).

Published in 1688, Aphra Behn’s Oroonoko has been hailed as the first literary abolitionist text (Huges 339). However, critics also argue that Behn’s work is not an abolitionist text due to its recurring themes of racism and anti-abolition (Rosenthal 152-3). Similarly, Harriet Beecher Stowe’s Uncle Tom’s Cabin (1852) was seen as a moral battle cry in the quest to abolish slavery by some contemporary readers but received denunciation comparable to Behn’s because of the subtly racist and patronizing depictions of black characters (Lowance, Westbrook, and De Prospo 8).

Alhough Oroonoko and Uncle Tom’s Cabin were published almost two hundred years apart, both were strong vehicles of public persuasion for abolishing slavery, intentional or not, because they communicated to their audiences the atrocities faced by enslaved people. 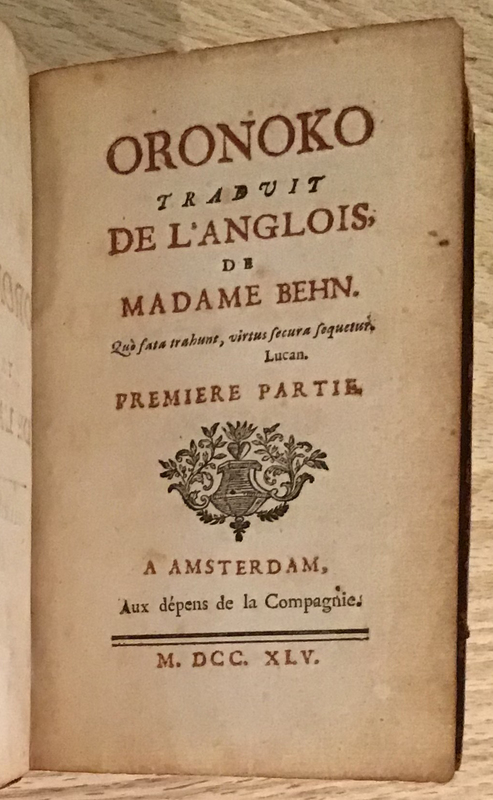 Aphra Behn, often described as the first professional female English author, completed her novella Oroonoko in 1688. Framed as a “true history,” the work tells the story of an African Prince who is captured, enslaved, and transported to the English colony of Suriname in South America. Early readers of the novella viewed Oroonoko as an important abolitionist text and praised Behn for her sympathetic portrayal of slavery’s victims. As a result of Thomas Southerne’s popular stage adaptation of Oroonoko, written in 1696 and performed throughout the eighteenth century, Behn’s moving story remained fresh in the minds of abolitionists. Modern critics, while recognizing the important influence of Behn’s work, question whether Behn intended the novella to be put to abolitionist uses—the text never offers a direct critique of slavery, and racist and colonial ideas pervade the narrative. 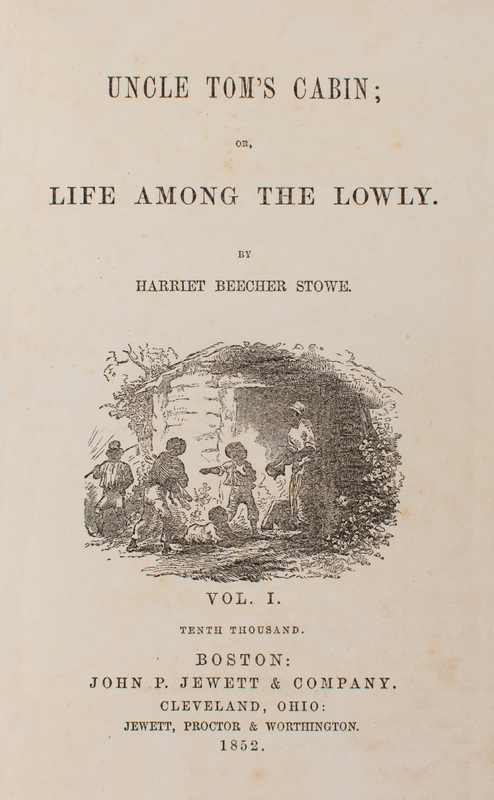 The first edition of Uncle Tom’s Cabin was published in 1852 in Boston, Massachusetts. Stowe’s work of fiction centers around a Kentucky enslaved family’s grueling journey to freedom. This particular copy of Uncle Tom’s Cabin shows marks of use—it is worn and includes a carefully inserted newspaper clipping of Frances E. Watkin’s poem “Eliza Harris,” which describes one of the main characters of Stowe’s novel. While small in size, this novel had both a rich narrative and a large impact on its society at the time.

"Am I not a Woman and a Sister?" Illustration from Whittier's Poems (1837)

The collection opens with William Cowper’s poem “The Morning Dream 1788,” which personifies Britan and praises her decision to ban slavery. The poems that follow center on the abolitionist movement in the United States, pursuing themes such as praise for abolitionists, condemnation towards enslavers, and pleading for the enslaved. The poems feature heavy Christian allusions and imagery, reflecting Whittier’s Quaker faith. Two images in the volume depict a chained black man and woman in a supplicant position. The motto displayed underneath them states “Am I Not a Man (Woman) and a Brother (Sister)?,” a popular motto and image in abolitionist literature and art.

← Combatting Slavery: The Role of People of Color
Abolition and Activism →
Literature and Abolition