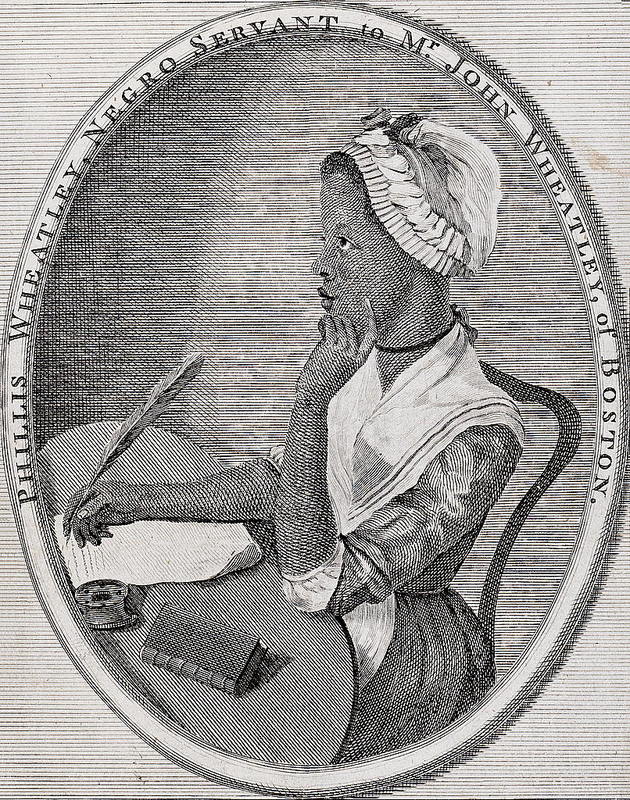 In 1773, Phillis Wheatley became the first African American woman to have her work published.

Born in West Africa and enslaved at the age of seven or eight, she was purchased by the Wheatley family in Boston. There she learned to read and write, and began composing poetry (Haefeli, “Wheatley, Phillis”). At the age of nineteen, Wheatley published her first poetry collection, entitled Poems on Various Subjects, Religious and Moral. In one well-known poem, Wheatley celebrates the appointment of William, Earl of Dartmouth to the position of Secretary of State for North America, declaring that he will “adorn” New England with “Fair Freedom” and banish “wanton Tyranny” (Wheatley 73-74). Reflecting on her commitment to freedom, Wheatley writes:

Should you, my lord, while you peruse my song,
Wonder from whence my love of Freedom sprung,
Whence flow these wishes for the common good,
By feeling hearts alone best understood,
I, young in life, by seeming cruel fate
Was snatch'd from Afric's fancy'd happy seat:
What pangs excruciating must molest,
What sorrows labour in my parent's breast?
Steel'd was that soul and by no misery mov'd
That from a father seiz'd his babe belov'd:
Such, such my case. And can I then but pray
Others may never feel tyrannic sway? (Wheatley 74)

Wheatley provides a vivid description of her enslavement and communicates a powerful call to action, insisting that freedom must triumph over tyranny—the practice of slavery must be abolished.