Today, what Stevens called the “pressure of reality” feels particularly powerful. We are constantly exposed to vast quantities of information, news, and ideas, but nothing can illuminate a profoundly uncertain future. If the task of the poet is to resist this pressure, then poetry offers to teach us the same skill: how to think critically, create, and take action in the face of difficult external circumstances. In his poetry, Williams encourages us to observe carefully and fully, to seek out connections, and to never lose sight of everyday human experience. Stevens’ poetry offers a place to reflect, to seek solace in the natural world and imagination, and to embrace the subjective and the unknown. The world has changed enormously since Williams and Stevens wrote their final poems, but the innovation and complexity of their work still endures in American poetry today. 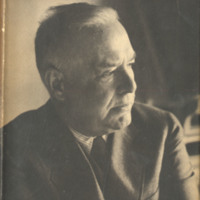 This copy is inscribed to Barbara Church, a close friend and correspondent of Stevens, with a line from “The Man with the Blue Guitar.” Clearly, this poem remained meaningful to Stevens after many years. The Collected Poems won Stevens the National Book Award, along with his second Pulitzer Prize. It contains all of Stevens’ poetry except for Owl’s Clover, and adds a new section of poems entitled “The Rock.” 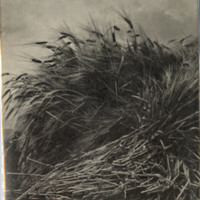 The UK edition of Williams’ final book of poems, published a year after the American edition. The titular poem consists of ten smaller parts, each based on a painting by Pieter Bruegel the Elder, a 16th-century Netherlandish painter. Williams died on March 4th, 1963, and he posthumously received a Pulitzer Prize for Pictures that same year.