William Carlos Williams was born in 1883 in Rutherford, New Jersey and attended the University of Pennsylvania for medical school. As a student he met the poet Ezra Pound, who introduced Williams to other young artists and writers, changing his life and his poetry in the process. Williams married Florence “Flossie” Herman in 1912 and became the town doctor in Rutherford. Despite the time commitment, Williams continued as a full-time doctor while writing his poetry, benefiting from the financial stability it offered. Williams defined his subject matter as the local, and he used his interactions with the people of Rutherford to fuel his writing. Also important was his dedication to writing poetry that reflected the language of the American people. 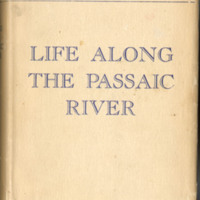 Life Along the Passaic River contains a selection of Williams’s short stories, which often center on doctors and their patients. The stories in this volume provide a realistic look at the social injustice experienced by poor immigrant workers and orphaned children in the region. Williams also draws from historical events from the area, grounding his stories in the local community. 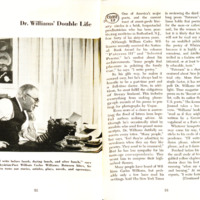 This article about Williams includes photographs of his medical office, which was located on the first floor of his home in Rutherford, as well as information about how he balanced writing and medicine. Williams kept a typewriter in his work office so that he could write between seeing patients, and made sure to keep up with developments in both the medical and literary worlds. 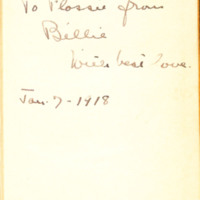 Al Que Quiere! was the first of three books Williams published with the Four Seas Company in Boston. For this book and the two following (Sour Grapes and Kora in Hell)  he paid the publisher to offset publication costs and made no money off sales. Williams included a fascinating–– and perhaps overly confident–– declaration of creative independence on the dust jacket.