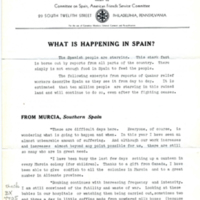 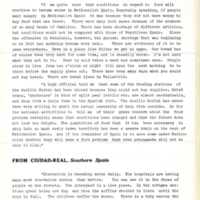 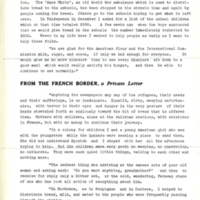 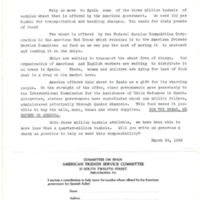 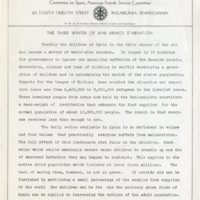 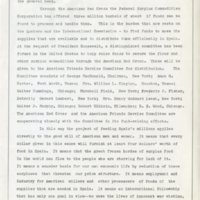 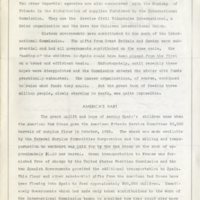 This bulletin, released days before the end of the war on April 1, describes the desperate situations in both Republican and Nationalist Spain and pleads for money to transfer surplus wheat to Spain. It includes the warning that “if the remainder of Spain is to soon come under Nationalist control they will have a food problem that even propaganda will not be able to hide.” According to the bulletin, the food shortage in a Nationalist Spain would be so severe that even propaganda could not mask its effects from the public. As the nationalists gained territory, hundreds and thousands of refugees would also come under their jurisdiction. Towards the end of the war when it became clear that the Nationalists would win, the actions of the relief workers focused on preventing starvation instead of promoting peace, their original purpose. The workers felt frustrated that they lost the power to construct a society that created conditions for peace and, rather, were caught working to prevent starvation where they still had control.