“Behind the Battle Lines in a Devastated Spain”

“Behind the Battle Lines in a Devastated Spain”

This article, published in the weekly New York Times Magazine on April 3rd, 1938, demonstrates how journalism brought the Spanish refugee crisis into the eyes and minds of American society. The focus of this article is the mass migrations of Spaniards within Spain as a result of the devastation of the Civil War. The vivid descriptions in the article, by Alfred Winslow Jones, of his experience in a “tour of inspection with the American Friends Service Committee (AFSC)” brings his experiences alive to his readers in the US. His detailed portrayal of the terrible plight of the Spaniards and the underfunded work the AFSC is doing in Spain is a humanitarian, emotional appeal. The inclusion of the photograph depicting the huddled masses wandering through the streets is another attempt to bring the horrid conditions refugees must live in to life for average Americans. Juxtaposing the text and photograph allows the story of the refugees to transcend the contemporaneous situation and resonates with readers many decades later. 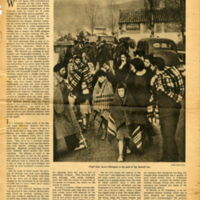 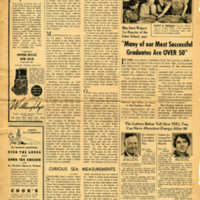 ETHAN LYNE, ““Behind the Battle Lines in a Devastated Spain” ,” Testimonies in Art & Action: Igniting Pacifism in the Face of Total War, accessed January 25, 2021, https://ds-omeka.haverford.edu/peacetestimonies/items/show/226.