Motherhood and Ownership of the Female Body 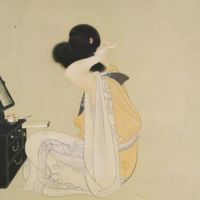 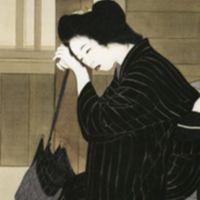 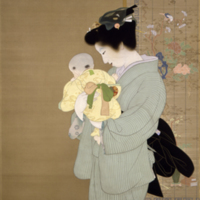 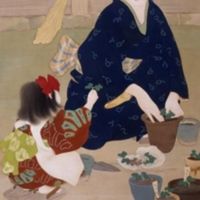 Throughout this exhibition, one of the themes that Matsui always returns to is women, and subsequently, the role of women in art. Having been introduced to Matsui's more colorful and macabre depictions of women, next we are guided into a closer look at some of the themes of feminism that Matsui presents in her work, including the issues surrounding motherhood and the female body in contemporary Japan.

Throughout Matsui's work, several themes and motifs seem to resurface. Motherhood is one such theme. Often in Matsui's works, references to abortion or to a fetus can be found hidden somewhere within the painting (in the case of Insane Woman Under a Cherry Tree (2006) she is vomiting up a fetus). In comparison to other works within the nihonga canon, such as those by Tsuchida Bakusen, Uemura Shōen, Ito Shoha, and Kajiwara Hisako that are shown above, Matsui's interplay with gender is much more daring.

Compare Matsui's work against theirs. Tsuchida Bakusen and Uemura Shōen represent the most traditional forms of femininity,1 whereas Ito Shoha and Kajiwara Hisako push slightly against the confines how beauty is defined in nihonga, breaking away from traditional images of upper-class bijinga subjects to depictions of working-class mothers and tired disheveled women.2 Still, in spite of the boundaries they pushed, their women still maintained a conventional manner of beauty. They also still upheld traditional images of motherhood, as evidenced in Ito Shoha's Sprouts (1934), where the mother can be seen providing nurturing and attentive glances to her child. In contrast, Matsui’s paintings, while still perhaps maintaining the beauty of traditional nihonga works, fight to push these boundaries further, perverting the idealized “mother-child” relationship and questioning viewers’ abilities to look at the women depicted beyond their reproductive anatomy. There is also a subversiveness to the classical beauty of Matsui’s female subjects, as while their bodies may still be beautiful, the vacant, twisted smiles on their faces and the grotesqueness of their surroundings - withering plants and trees, attacking animals, overflowing organs and bile - challenge viewers to see the ugliness that lies behind the beautiful facade of depictions of women both in past and present nihonga. 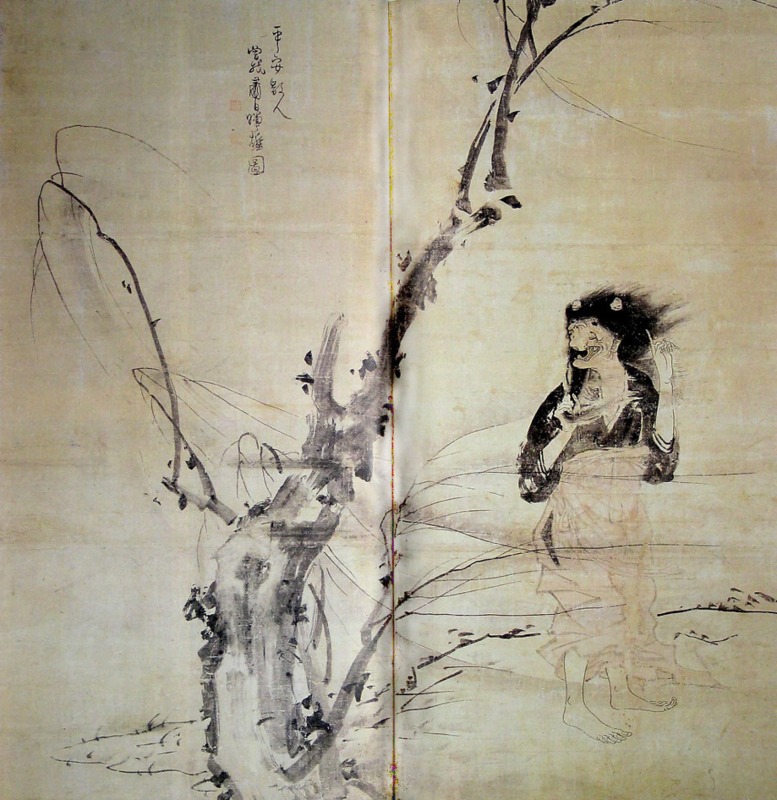 The previous work, Insane Woman Under a Cherry Tree (2006) is a direct response and subversion of Shohaku Soga's Ogress Under a Weeping Willow (1759). As it has been previously evidenced, Matsui enjoys paying tribute to past works of art. Here Matsui has reversed the placement of her subject and the tree. In regards to the new themes present in her homage, Matsui states the following:

“When an organism senses an alien substance in its body, an autonomous function of expulsion goes to work, seeking somehow to expel it…When an impulse or image undesirable to her invades her, she tries to control or render harmless its discomfort or compulsive character. To that end, she endeavors to vomit out everything inside her. Controlled by unpleasant thoughts about irreverent words, violence, fouling, numbers, sex, or doubt, her body has initiated a rejection.”3 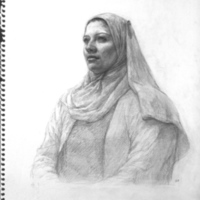 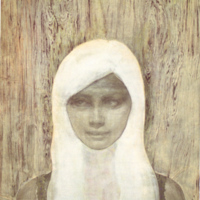 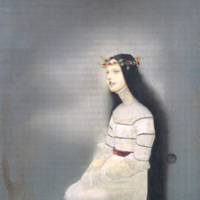 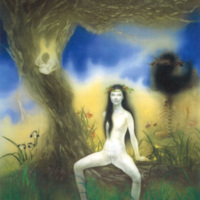 Boasting variety, each of the above works highlight and showcase different ways of looking at women in nihonga. However, most of these images also speak to a universal pain, one that can be interpreted and felt by any gender. It is not until we reach the final section, Matsui's subversion of the kusōzu, that all of the themes touched upon so far - flowers and landscapes, anatomical dissection, bodily horror and animals, and, most importantly, misogyny and motherhood, culminate in what is arguably Matsui's most striking work: Keeping up the Pureness.