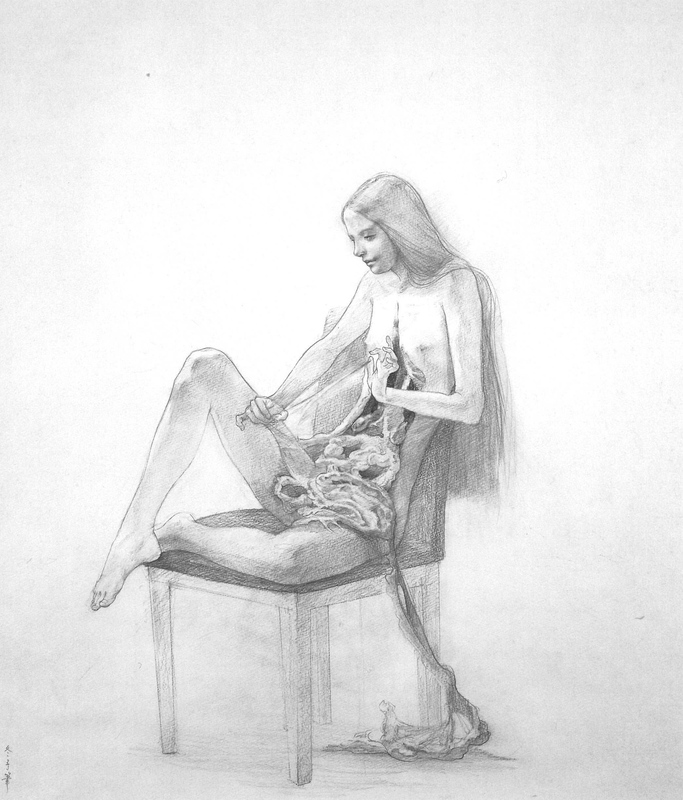 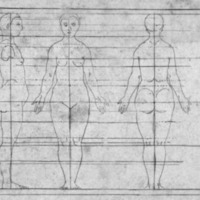 Satake Shozan, An Ideal Proportion of a Woman (1707) 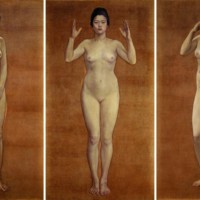 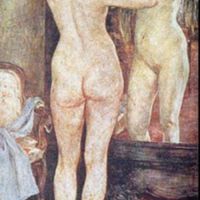 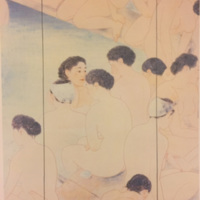 One of the few examples of a nihonga rendition of nude bodies. 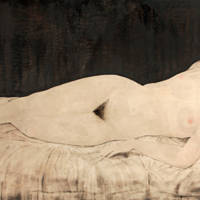 Before finding her way to nihonga, Matsui spent a good portion of her life studying and training to be an oil painter. This background has not been lost on her work, which often features hyper-realistic facial details, meticulous shading, and references to various famous historical Western works of art (most notably the work of Leonardo da Vinci, as noted further under the kusōzu section). Furthermore, as previously noted, Matsui's background as an oil painter also comes into play when creating the composition of her works as she experiments with shading and lighting before transferring her final sketch onto silk to be painted over.

Yet there is one other manner in which Matsui's background as an oil painter comes into prominence - her anatomical sketches.

Unlike in nihonga, where the nude form had "little cultural precedent as an erotic motif,"1 yōga possesses a long history of painting nudes, and this history was embraced readily by the first wave of yōga painters during the Meiji Period. According to art historian Jacqueline Berndt, the nude was attractive to Japanese yōga painters for two primary reasons. First, as yōga, just like nihonga, was heavily tied to nationalism (in so much as that yōga painters believed that it was through yōga that a new national modern culture could be created within Japan), the depiction of a realistic nude body through oil painting would prove the prowess of oil painting as a medium to "realistically render corporeality and, by means of that, suggest the actual reality of the new nation." Second, the depiction of nude female bodies allowed for a "visibilization of national accomplishments, especially with respect to modernization."2

However, Matsui is not simply painting female nude bodies. Using her background in sketching and anatomy, Matsui is creating anatomical dissections upon her painted female subjects. Sometimes corpses, sometimes alive, these subjects are dissected in a piecemeal, macabre fashion, often interacting with their own trailing flesh and spilling innards, as shown in Conception (2009), where the subject serenely pulls at the stretchy organs bursting forth from her stomach. In this way, Matsui is choosing to treat the human body like an onion that can be peeled back to show one layer of bodily tissue at a time. Through her choice to have her female subjects interact with their own dissection, Matsui is acknowledging the history of anatomical and nude painting that exists within oil painting while simultaneously subverting it, giving her female subjects a modicum of agency over their own mutilation. 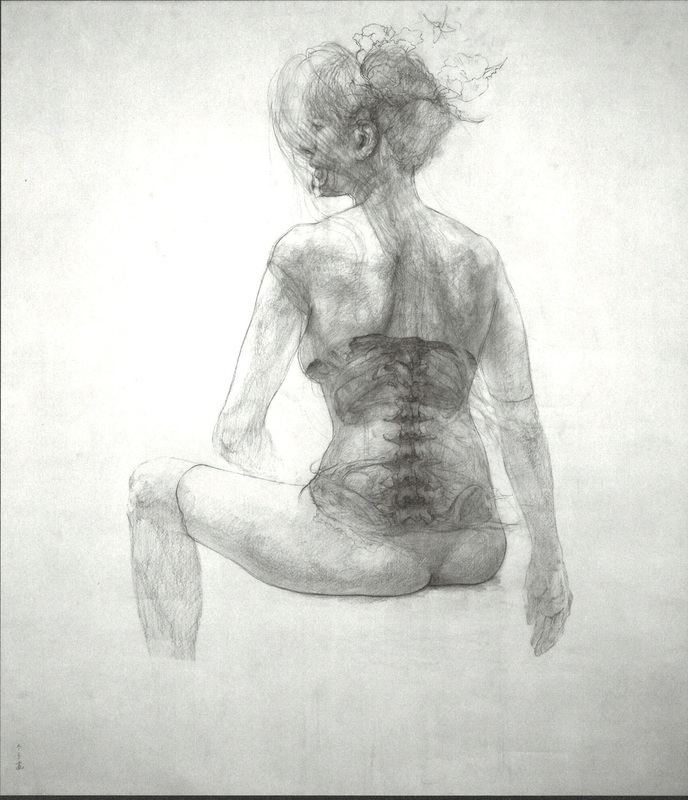 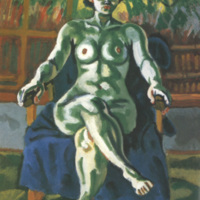 Umehara Ryūzaburō, Nude by the Window (1937) 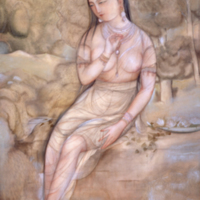 The following three images are different examples of anatomical painting - the first, a sketch of Matsui's, the second an oil painting of Kuroda's, and the third, a nihonga interpretation by Murakami. They have been placed here in order for viewers to juxtapose the stylistic differences and similarities between the three different styles. 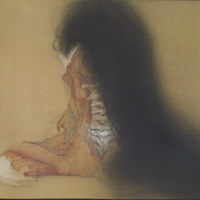 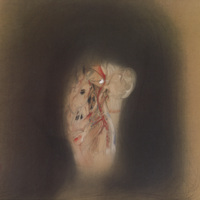 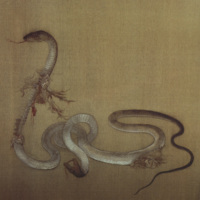 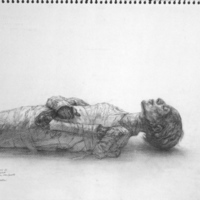 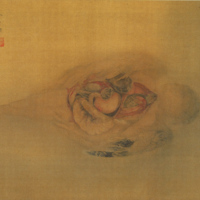 "These dissection scenes examine destroyed parts of the artist's own body. They depict the desperate adhesion and destructive narcissim of the individual who strives to live at all costs or else to die at all costs. Who endeavors to survive even if it means being embedded with steel. A living body implanted with a foreign material suggest a tenacious attachment that pushes to such lengths."3