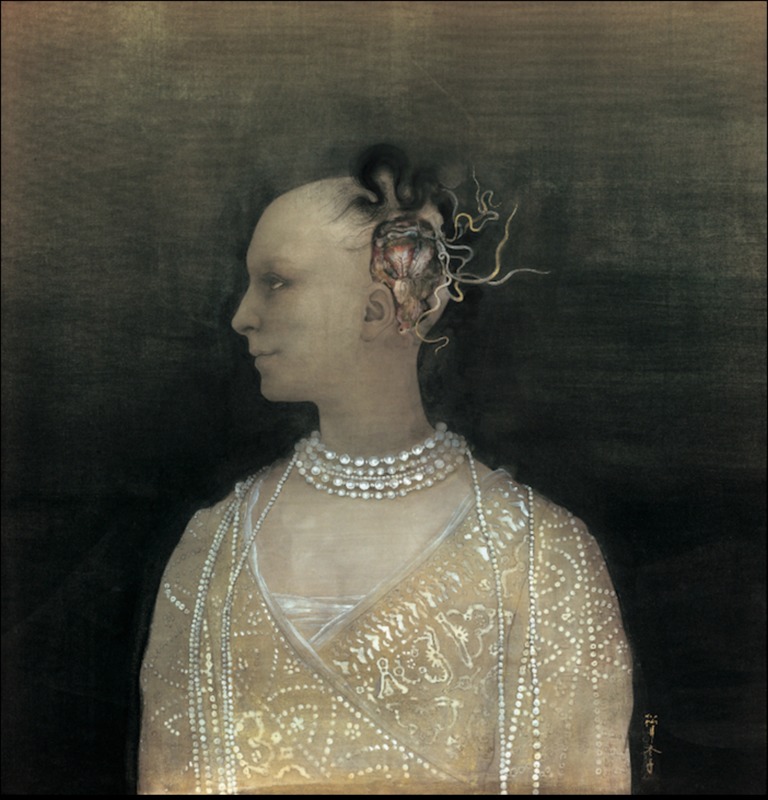 Following the theme of anatomical dissection, we arrive at the next level of Matsui's work with the human body: how the body is ravaged and torn apart. Paintings in this series feature various different women in states of bodily disarray, many accompanied by animals. Animals often serve as spectators to acts of bodily horrors in Matsui's works. Similar to Matsui's earlier drawings of specific sections of muscles and skeleton that are surrounded by flesh, the women in these drawings are not entirely skeletal nor decomposed - rather, they have only certain parts of their bodies cut open and exposed, some implied to have cut open their bodies of their own volition.1

1. For more, see the section of this exhibit on the kusōzu.↩

Animals with a Conscious 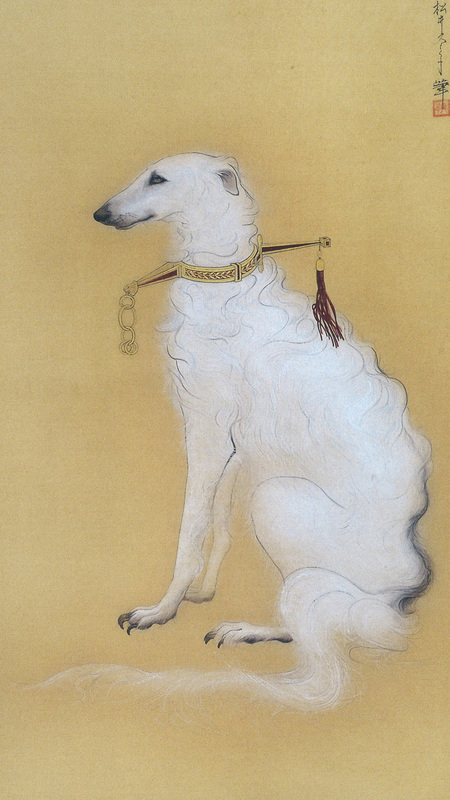 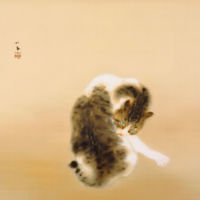 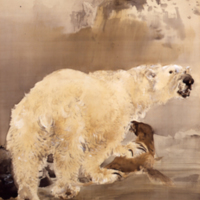 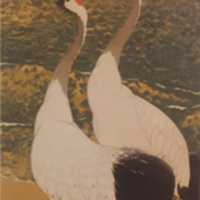 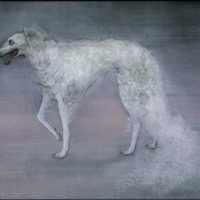 What is unique about Matsui's animals is not just how they depart from conventional depictions of animals in nihonga, in which animals often served as nationalistic motifs (such as cranes, and birds), or were depicted as part of landscape paintings. Matsui's animals tell a story. Just like the dog in Becoming Friends with All the Children in the World, in which Matsui described the dog as suicidal,* animals in the world of Matsui Fuyuko have their own story to tell.

Below are Matsui's own thoughts on one such animal painting she created.

In regards to The Cut Long-Term Experiment (2004),

"The painting indicated the state of loss resulting when one has experienced continual strong thoughts but those thoughts suddenly have nowhere to go and become inescapable. Hopeful, positive images of all kinds -- possibility, the future -- instantly crumble away, leaving only overpowering emotions, which assume a physical form, expressed here by the lenghtening claws and tail."2 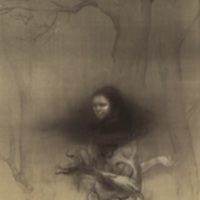 Matsui Fuyuko, Light Indentations Mingle and Run in all Directions (2008). 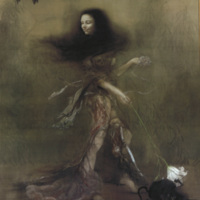 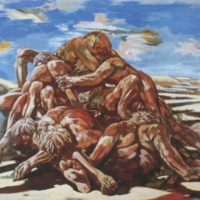 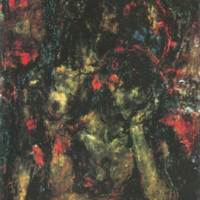 In the immediate post-war period (1945-1952), many artists were left feeling disillusioned about the state of oil painting and the future of Japan. The art that emerged during this time in yōga focused on images of suffering in the form of the deformation of the human body, as well as the emergence of a new tradition of “self-statements” as artists began to play around with ideas of subjectivity and a shared experience of hardship between the artist and the viewer.3

In analyzing artists of the post-war movement, Winther-Tamaki postulates that “the creation of images of suffering was central to processes through which artists realized their potential to make self-statements in oil-on-canvas and to participate in public discourse with assertions about the social and artistic significance of their efforts."4 In a similar vein, Matsui Fuyuko has also used her art to discuss contemporary social issues, creating what Japanese art critic Matsui Midori coins as “paintings that express the pain of living.”5 Matsui has also stated that she gets ideas for her works from various places, such as an expanding point of view and a strengthening of social awareness.6

Although Matsui has expressed that she draws only women because men are simply unfamiliar to her and she “can’t depict them with any sense of reality,”7 there is still an undeniable critique of Japanese society and the treatment of women in both reality and art within Matsui’s work; a critique that was missing within the post-war occupation yōga paintings.

In the above works, Matsui uses her own interpretations of bodily disfigurement/horror to draw attention to the pressure faced by women to please those around them. Like the surrealist yōga painters of the occupation period, Matsui also attacks and reshapes the human body in her art in order to critique society and express a pain shared by both herself and others. However, in her choice to depict only female bodies, Matsui goes one step further, reminding her audience that while the emotions her subjects are facing may be universal to all who view her work, the gender inequality they face is not.