Introduction to the Artist and Her Themes 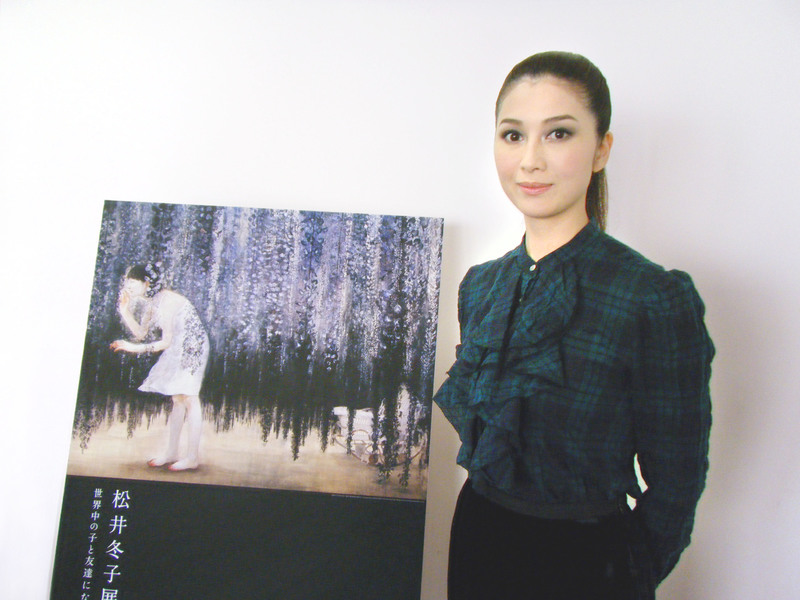 Photograph of Matsui Fuyuko standing next to a reproduction of Becoming Friends with All the Children in the World (2012).

There is no one quite like Matsui Fuyuko. Born in 1974 in Morimachi, Shizuoka Prefecture,1 Matsui grew up exposed to traditional Japan. Her mother, Matsui Fukiko, was a tea ceremony instructor, and from a very young age Matsui gained an appreciation for traditional Japanese art and culture through her mother's work, up to the point where her childhood bedroom was decorated with Fukuda Hankō fusama screens.2 Yet it was also at a young age that Matsui began to cultivate an appreciation for Western art. The very painting that would inspire her to pursue a career in art was none other than Leonardo da Vinci's Mona Lisa, which she encountered in fourth grade hanging outside near the library to her elementary school. Apparently, it was the strangeness of the Mona Lisa's unwavering smile whenever Matsui and the subject's eyes met that impressed Matsui the most.3

Although Matsui initially had her sights set on becoming a yōga, or Western-style, painter, due to her inspiration from artists such as Leonardo, Picasso, and G.E. Lessing, her initial failure to get into the University of Tokyo's Western Art program would ultimately set her down a very different path. After continuing to study oil painting at the Department of Fine Arts, Joshibi University of Art and Design Junior College, Matsui entered a company but still continued in her study of art. By the time she turned twenty-two, Matsui had felt as though "she had run through all the art books of the great masters of oils," and thus "offhandedly turned her attention to nihonga, or Japanese-style art." This turning point awoke within Matsui a deep appreciation for the aesthetic experience of Japanese art.4

Impressed by classics such as Hasegawa Tōhaku's Shōrin-za byōbu (Pine Trees Screen), Matsui realized that it was the qualities of nihonga that actually suited her and the type of expression she was seeking in her art best. Thus, at the age of twenty-four, Matsui entered into the Nihonga undergraduate program at the Tokyo University of the Arts, where she would eventually graduate with her doctoral degree.5

1. Yatsuyanagi, “Matsui Fuyuko – The Artist and the Art,” in Matsui Fuyuko: Becoming Friends with All the Children in the World (Matsui Fuyuko: Sekaijū no ko to tomodachi ni nareru) 松井冬子展: 世界 中の子と友達になれる, ed. by Matsui Fuyuko, Brian Amstutz, and the Yokohama Art Museum (Tokyo: Edition Toreviru, 2011), 12.↩ 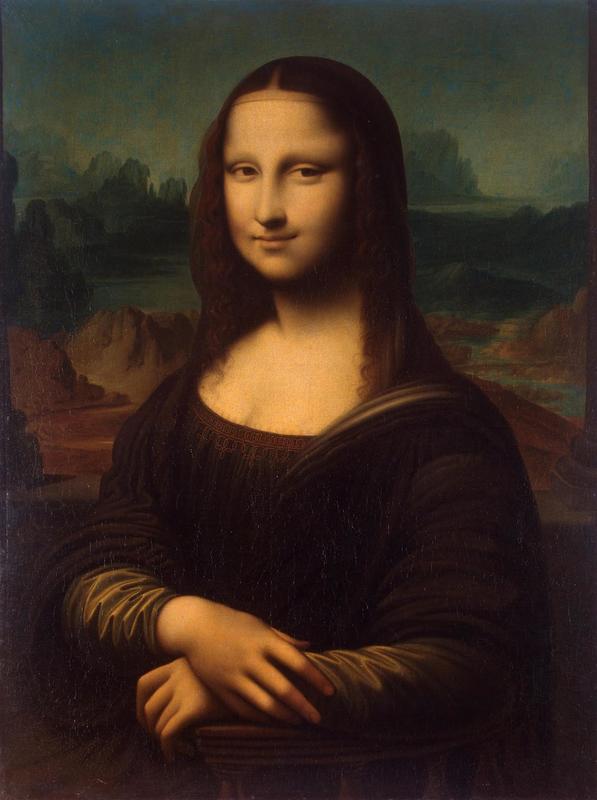 As it has been previously stated, the purpose of this exhibit is to give viewers who might not have heard of Matsui Fuyuko before a taste of her art, exploring the themes of trauma, violence, loss, and misogyny that echo within her works. Yet Matsui is not a painter who remains silent on the meaning of each work of art that she produces. In fact, her very doctoral dissertation at the Tokyo University of the Arts was a psychoanalysis of her own paintings, examining her "interests in violence, experience of loss, repression, stress, and trauma."6 She also hints at the fact that her art comes from extremely personal motives, a fact that has repeatedly intrigued critics.7 Yet rather than trying to pinpoint the exact nature of Matsui's trauma, which I find to not only be suppositional in nature but ultimately without purport, this omeka exhibit will explore the ways Matsui uses trauma and references to classical Japanese and Western paintings to subvert and break away from the themes of nationalism and beauty which have dominated her chosen field. Rather than trying to uphold a traditional nationalist image of Japan, Matsui uses her platform to critique past and present depictions of women and beauty in art, as well as to address and work through traumatic issues that still exist in society today.

According to Matsui, "by repeatedly reliving trauma, traumatic memory can be 'worked through.'" In addition, through the act of creating a subject who can tolerate endless amounts of pain, Matsui believes it is possible to avoid actual injury to oneself.8 Furthermore, Matsui has flatly stated several times that she has no interest in drawing "cute things." "I don't like sweet and cute art," she stated in an interview with Culturekiosque, adding that "Japanese art nowadays is like that, but if we think in centuries, in the Kamakura period for example, it was scarier, more ghostly. I want to return to that taste in my art."9

Throughout this exhibition, Matsui's art and its constant dialogue with past works will be highlighted. Her refusal to depict any gender other than women will also be touched upon, as misogyny and the portrayal of women in art is a theme that Matsui returns to over and over again. Yet although these lenses of past-present dialogue and misogyny are helpful to keep in mind when interpreting Matsui's art, they are not the only aspects that make her art so fascinating and enthralling to view. As art critic Yatsuyanagi Sae notes in his introduction to her collected works,

"The world of Matsui's portrayal arises from her taking up persecutory delusions, compulsion, narcissism, and other human passions and fixations, based on what she herself has heard and experienced, and researching and endeavoring to paint the moments when these illnesses produce abnormality or degenerate into insanity. Investigating what are considered "abnormal" human perceptions and feelings, she has found themes universal to all living beings -- life and death, sex, self-love, self-mutilation, self and the other, this world and the next, desire and passions. It follows that her paintings are richly fertile in content and lend themselves to varying viewing interpretations."10

Conversation with the Past →
Introduction to the Artist and Her Themes