Founding and Early Days of the GPA 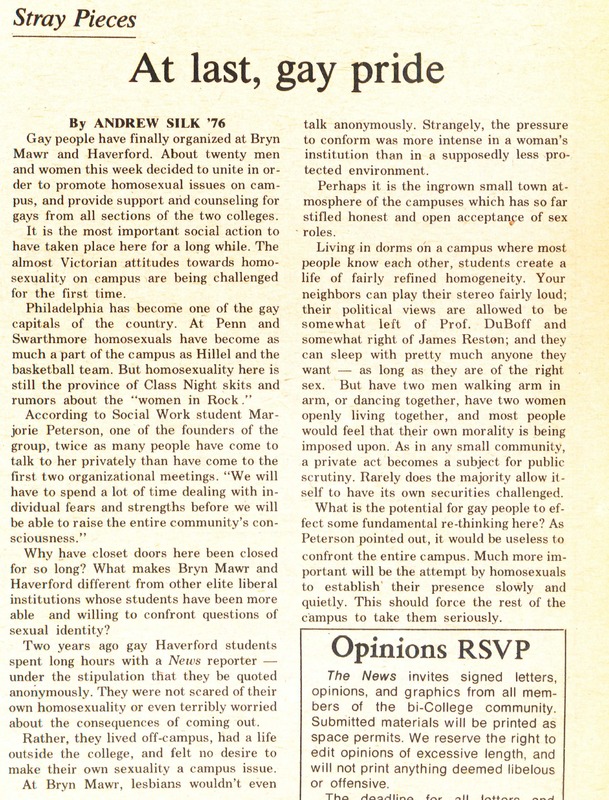 In the fall of 1976, the tipping point for the creation of an affinity group for gay students was finally reached. Iniated by Marjorie Paterson, a graduate student in Bryn Mawr's school of social work, and other Haverford and Bryn Mawr students, a group of students spoke at the then-weekly college Collection about the formation of the Gay People's Alliance (GPA).

The group, filling a long-time void in Haverford's community, quickly grew, and its events flourished. The GPA became not only known because of its parties, but also of its various activities and meetings.

Below, listen to first-hand accounts of the formation, as well as discussion of activities carried out by the group in its early days. 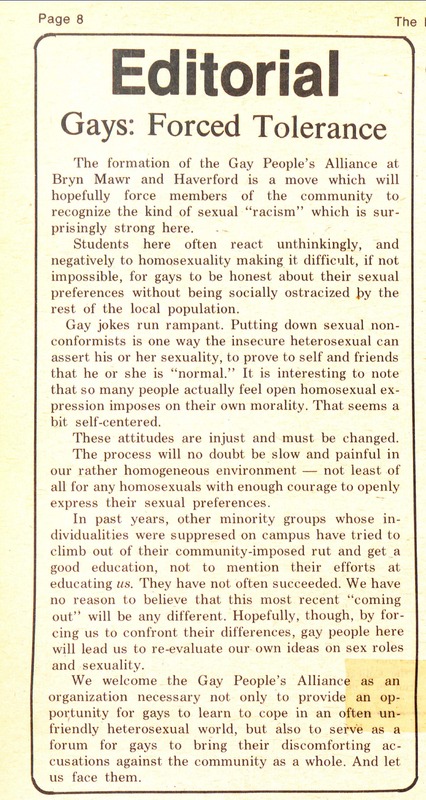 An October 1975 Editorial about the formation of the GPA. Read more Bi-Co News articles about the early GPA here and here.

Growing Difficulties →
Founding and Early Days of the GPA