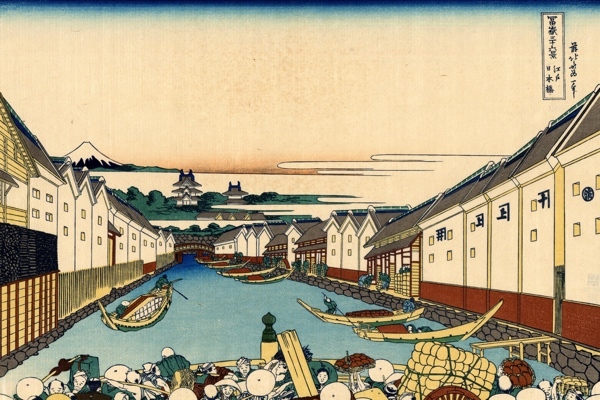 Edo castle is printed in the center, with other landmarks of Japan, Mt. Fuji and Nihonbashi. 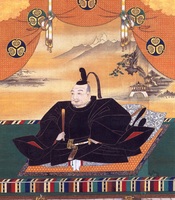 The founder and the first shogun of Edo shogunate

The map of Edo

Tokugawa Ieyasu built his government at Edo, current Tokyo in 1603. That was the beginning of the Edo period, the final era of the pre-modern Japanese governments.

Since then, Tokyo has been functioned as the political, economic and cultural centers of Japan.

Edo flourished as the hub of the nation in a such large scale that the population of Edo exceeded a million, and Edo was the largest city in the world at that time.

The radial framework of today’s Tokyo landscape was also established during the Edo period. Having the Edo castle as its center, Tokugawa shoguns constructed moats and waterways in Edo to sprit the castle up from the rest, and also to divide and connect many regions of the city by water-carriage.

This structure is carried through the present day. Even though many waterways were already filled, the central castle remains at the same place as the Imperial Palace, and main roads formed in a radial shape from the palace divide and connect sub-centers of today’s Tokyo. 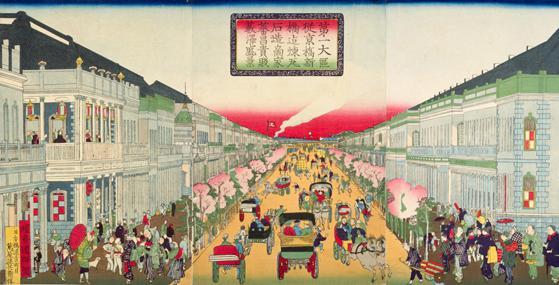 At the end of the Edo period, Japan opened the country to the West and the rest of the world.

The great influx of Western technologies and culture after over 200 years of national isolation policy, caused the rapid modernized and industrialized in Japan during the Meiji Period.

Under the slogan of “Bunmei-kaika” (Civilization and Enlightenment), Japanese government adopted the Western models of civilization, urbanization, and modernization, and promoted Japan to gain the international status and recognition as the civilized nation. 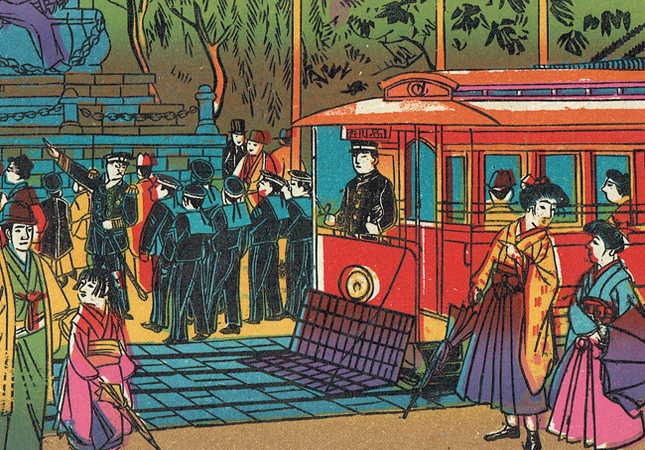 Even though Taisho period lasted only for 15 years, that was the era of dynamic changes both within and outside of Japan.

The World War I brought Japan the growth of the industry and economics, and at the same time, the liberal movement called “Taisho Democracy” was spread among intellectuals.

Among those historical events, the Kanto Great Earthquake was one of the most catastrophic.

The disaster damaged and changed all aspects of people’s lives in Tokyo, from its economics, politics to cultural activities. 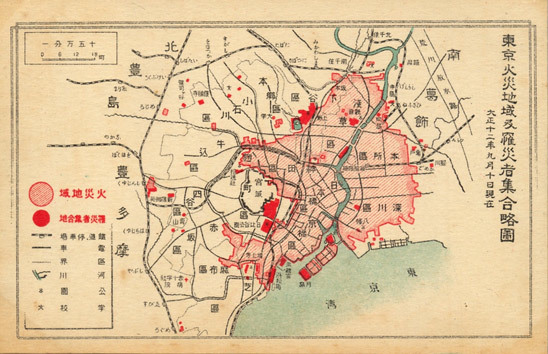 The red slashed area designates the burnt region due to the fire.

The ruins of Kanda Ward.

Crowd of refugees streaming into the open ground in front of the Nijūbashi.

On September 1, 1923, Tokyo was destroyed by one of the strongest earthquakes to hit Japan in the modern period. The disaster killed more than 120,000 citizens and turned over 1.5 million people into homeless. The 7.9-magnitude earthquake first shock collapsed brick and unreinforced concrete buildings across the Kanto plain. Within 30 minutes, more than 130 fires broke out, and burnt the eastern and northeastern sections of Tokyo.

The confusing web of Tokyo’s roads, alleys, and bridges became congested with dazes, panicked, and frightened people and their household belongings as they attempted to flee. – Schencking

Under these circumstances, in order to get back to normal days and make Tokyo more disaster resilient city, soon after the earthquake, leaded by Goto Shimpei, a former mayor of Tokyo and Home Minister at the time, a huge Tokyo reconstruction plan started. 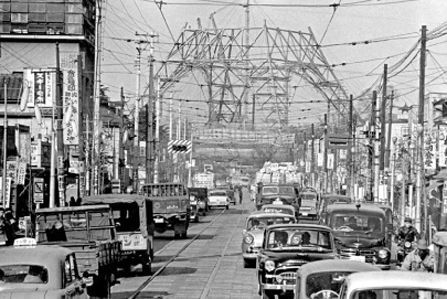 Tokyo reconstruction project was continued to the early years of Showa.

And around that time, One Hundred Views of Tokyo was created between 1929 and 1932.

During 60 years of Showa period, the Sino-Japanese war, the WWII, the Pacific War, the first Tokyo Olympic and the rapid economic growth occurred, and the views of Tokyo the artists printed at that time would greatly change.

Connection to the Past →
History