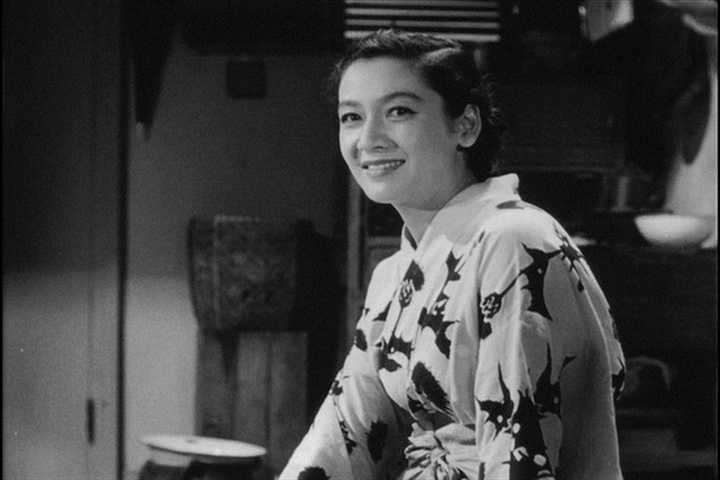 Setsuko Hara was the soul to many films by Ozu. She gained her fame after the World War II. According to Richie, “Hara’s work with Ozu began in 1949 and continued until 1961—twelve years of creative partnership... it is possible that this division in Hara’s career—between characters allowed to express individuality and traditional-family personifications—in part inspired the people she would play in his pictures.”[1] 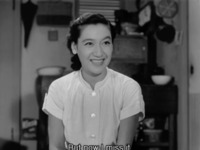 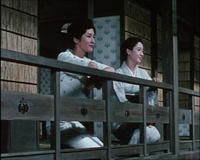 Hara first acted as Noriko in Late Spring and the story of Noriko ends in The End of Summer. ("Ozu and Kogo Noda, his fellow scriptwriter, gave the Hara character this name in so many of these films that a connection among the roles became apparent"). [2] Gradually, Hara's public image has tied closely to this character made by Ozu. The female character Noriko lives in the "conflict between expectations and inclinations."[3] Whether to follow her will to live with her father or to follow the expectation and get married? Whether to abandon the familial connection or to preserve the respect to her parents? Hara's character mirrored the life and struggles of a Japanese woman at that time period and some of which can still be applied to a modern day experience.

Like Noriko, Hara was also under the pressure of "the conflict between expectations and inclinations." She ceased acting after the End of Summer, the "Japan’s own idolized Eternal Virgin" was then a myth existed only in Ozu's stories. [4]

As Riche comments that "our Noriko, for so many years troubled by the demands of society on one hand and the needs of the self on the other, finally decided. She would do what she wanted. And she did."[5] Ozu pitched this conflict of expectations and inclinations of his female characters. Hara made her life decision according to her wills not as an actress but as an ordinary person. Maybe we will all be struggling in this conflict forever and cannot make a decision like Hara did. But the stories of Noriko on the silver screen will always remind us of our situation in the family and the society. 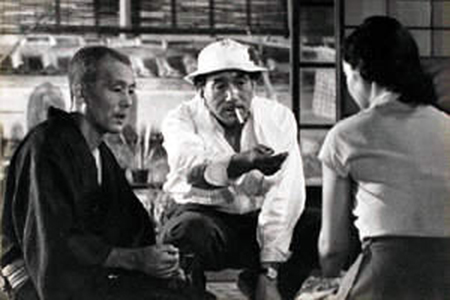 Ozu and Setsuko Hara on the Set