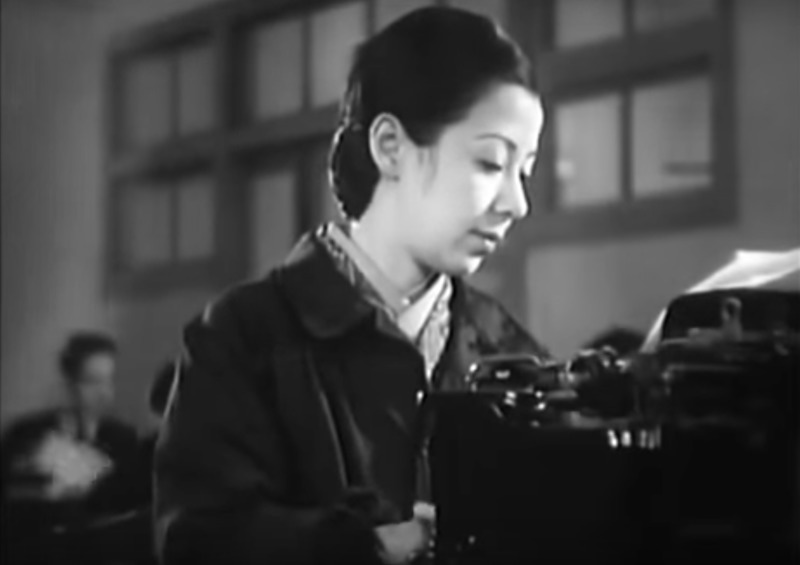 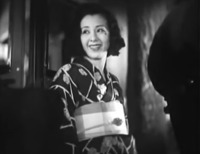 Chikako and her family

The Japanese Woman's Film genre emerged in the 1930s shows a distinct subjectivity of female. Influenced by the influx of western culture, Japanese modern films not only reveal characters borrowed from Hollywood films, but also express Japanese pursuit and exploration of its culture identity and the anxiety of the western modernity. Modern woman characters in the films employ multiple social identities as well as a resistance to male-centered moralities. The film Woman of Tokyo by Yasujiro Ozu in 1933 is in a period when women step out of the house and go into the workforce. The main character, Chikako, lies to her brother that she is working as a translator to support his studies and conceal the reality that she is working as a hostess in a seedy dance hall. Chikako's sacrifice is not accepted by his brother. However, she never appears to be self-condemned. She blamed her brother of being a coward after he commits suicide due to the reality. Chikako is justified working as a prostitute because she does for her brother. Ozu allows her to do what she views as necessary as an elder sister and a modern woman. Chikako’s intentions never detach from her family. Ozu, in this film, has already shown his emphasis on this family theme.

Chikako’s identity as a working woman was represented in the film. In this clip, Ozu gave another medium close shot of Chikako at her typing machine. Male figure that used to be in the front view, was being placed in the far background, stating a gradually equalized gender in the work force. The camera angle again enlarged the ego of Chikako at work, showing a sufficient confidence as a female worker in the workforce. Ozu reinforced through his construction of this still that Chikako had the power of an independent woman. Since the independence of women was celebrated during 1930s when the film was made, this shot mirrored the social fact of Japanese women going to work due to economic collapse. Women received a certain level of autonomy, but they still worked for the family instead of themselves. Thus, it created a more sympathetic moment that most of the spectators can subject themselves to the character.

Chikako (Yoshiro Kara) and her younger brother Ryoichi (Ureo Egawa) live together. Chikako works in an office during daytime and she works as a nightclub host at night. In order to fund her brother studies in university, Chikako never tells her brother about her secret identity as a prostitute. At the same time, Ryoichi's girlfriend Harue (Kinuyo Tanaka) heard the rumor of Chikako from her brother. Harue tells Ryoichi about what she has heard. Ryoichi then confronts his sister and strikes her, asking her to quit her job in the nightclub. He then storms out the room. The next morning, Chikako comes to Harue's place to look for Ryoichi who did not return home last night. Harue tells Chikako that she told her brother about her job. Then the phone rings. It is Harue's brother called from the police station. He informs Harue that Ryoichi has committed suicide. Chikako and Harue kneel next to Ryoichi's dead body. In the end, Chikako condemns Ryoichi, calling him a "weakling" for his unwillingness to comprehend his sister's motives. 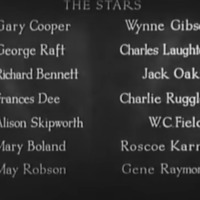 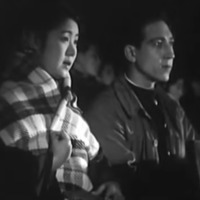 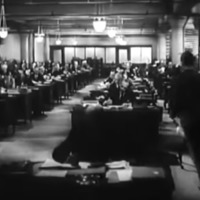 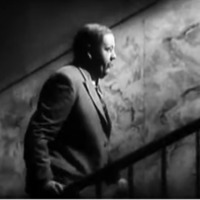 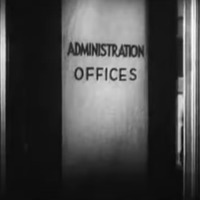 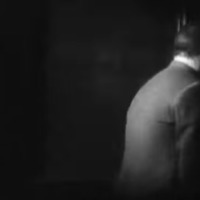 The Ongoing Influence of Hollywood Films

“Talking pictures began in 1931 in Japan, and viewers welcomed this new medium. However, Ozu-san was against it and persisted in making silent films.”[1] Woman of Tokyo strongly reflects the anxiety and crises caused by the Great Depression.[2] This story is a far cry from the early slapstick comedies of Ozu. However, Ozu did not fully abandon his imitation of Hollywood films. The film introduces Harue and Ryoichi watching a film called If I Had a Million (1932) by Ernst Lubitsch in the movie theater. By embedding another storyline of another film inside this film, audiences can observe what was like under the Great Depression in America.[3] The living condition of Ryoichi and Chikako correspond to the situation in America and this made audiences more sympathetic with Chikako’s effort to fund his brother.

In this sequence, Wada-Marciano argues a parallel between the “rags-to-riches theme of the Lubitsch film” and “Chikako’s sacrifice of working as a “barmaid in order to send her brother to college,” which is opposite the independent working woman image.[1] This fact reveals the tragedy of “the modern period’s exhortation to all young men to climb the social ladder.”[2] In Woman of Tokyo, Ozu depicted this tragedy through Chicako’s sacrifice to reach out to female spectators.[3]

These embedded parallels in the film encourage the spectators to recognize the complex relationship within these characters. Going back and forth from a western masterpiece to Ozu’s depiction of his modern female tragedy, Ozu established his narrations based on a discourse on female identity within the modern Japanese society. Here, he applied a rather explicit parallel comparison through the “Western gaze of cinema” in Lubitsch’s film clip, we will see in the next section how Ozu invited his female spectators to identify with the character Noriko within the context of a Japanese family relationship in a more matured Ozu style.